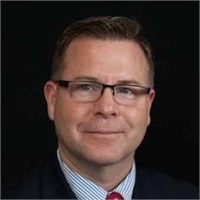 Brendan has been in the business of helping people make sound investment decisions since 1999. He began his financial career with Morgan Stanley / Dean Witter, training in their Manhattan home office and then serving clients in the Hartford area. In 2001 he accepted an offer from Edward Jones to build their Colchester branch and spent the ensuing decade developing his understanding of the community and its investment needs. From the outset of his career, however, he had always looked forward to establishing his own wealth management practice through which he can give his clients the broadest array of investment options. Thus in 2011 Brendan opened REED Wealth Management.

Brendan holds multiple registrations including his Series 7, 66, and 24 as well as the Accredited Asset Management designation. Brendan also has his Connecticut Insurance license in health, life and variable contract. He resides in Colchester with his wife, Lori, and their two children, Tyler and Gillian. He has held memberships in the Colchester Business Association and the Rotary and has coached both Recreational and Travel soccer for the Town of Colchester.

An avid golfer and sailor, Brendan’s more recent personal passion is TRIATHLON TRAINING. In 2010 he completed his first full marathon – a long held goal and one which has allowed him to continue his tradition of raising funds for charities including The American Cancer Society and the Colchester Learning Foundation. He believes that distance training has a great deal in common with his business passion of helping people achieve their financial goals. Both require a long term commitment and a steady, balanced approach.

Brendan has completed a battery of triathlons over the years.  On June 28, 2015 he completed his first Ironman distance in Atlantic City. This distance is comprised of a 2.4 mile swim, 112 miles of biking followed by a 26.2 mile run. He completed the 140.6 mile event in 14 hours 23 minutes and 19 seconds. Brendan completed his second Ironman in Lake Placid on 7/24/2016 beating his first finish time by about six minutes. He says he's going to do it again.